There’s no question that it is entirely possible to lose 10 pounds over two weeks – but there is one catch. You’re going to really need to work extremely hard to do so safely! Starvation diets are a terrible idea and will not only wreak havoc across a broad range of bodily organs. They are actually counterproductive, as when you resume eating normally again your body will think “aha – time to stash as much of this away unless they try to starve me again!”. Any dietician worth their salt will support this fact, which leaves us with one other option – combining a restricted yet satisfactory diet with very hard exercise.

As this level of weight loss is attainable but also liable to put your body under very severe stress, you ought to check with your doctor first of all. Losing this amount of weight so rapidly is absolutely not recommended for people with any underlying health problems.

One of the big mistakes that many people make and thus not lose weight is that they over-complicate things. With weight loss, often times, simplicity is best.

If you think you’ll find it hard to follow the tips presented below and require more structure and discipline to losing weight, then consider using The 2 Week Diet plan. The 2 Week Diet plan only has a few smart, easy-to-follow guidelines that are most effective for superior results.

It has produced amazing results for thousands of people wanting to lose weight and it does it without millions of rules.

Still interested in losing those ten pounds in a fortnight? If so, read on!

Let’s Start With The Math

For the sake of argument (amazingly there is debate over this figure) we’ll work with a pound of fat being the equivalent of 3500 calories. How many calories you require depends upon gender, age, rate of activity and various other physiological factors, but we’ll compromise on 2500 which is the average for a man or active female.

So, working from this template we are going to need to lose 49000 calories in total through a combination of dieting and exercising. However – in order to do this kind of dieting as safely as possible, we’ll also assume that we’ll be taking 1000 calories a day. Without any exercise at all, that still equates to a loss of 21000 calories over a fortnight. Good, but nowhere near close enough to reach that elusive 10 pounds target.

So 27000 calories will need to be burned by exercise alone, which just about equates to 2000 calories a day. That is an extremely high figure, especially when factoring in trying to achieve that while on a very low-calorie diet! For this reason, it is essential that anyone with any existing or even potential underlying health issues ought to consult with their doctor first.

That figure is based upon shedding pure fat. Which neatly brings us to the question…

OK, now it’s time for some good news. During the first few days of the exercise program outlined below, the majority of people will experience pretty significant early results. Don’t get too excited – this is water weight and most will be regained naturally later on, but hey – it still all counts!

Water is stored both naturally in the body and especially within the muscle. Usually, people who consume excessive amounts of sodium will retain more water weight than others. Quite how much you are going to lose by water weight alone depends much upon this dietary factor and also body weight. People who are considerably overweight often experience very high initial weight loss when embarking on a training routine, while those who are slighter in their frame will lose correspondingly less.

If your objective is simply to lose weight over the short term, then water loss can certainly help you on the way. Just factor in that it is essential for muscle and will be regained. Should you instead be planning on keeping the weight off in the longer term, the focus must instead be upon burning fat entirely.

So here you need to make the decision of whether you wish to include water weight loss within your plan. It can be difficult to ascertain exactly how much you have lost via exercise compared to just natural ‘flushing’ but assume between 3-5 pounds as an average. Again, this only matters if you want to keep the weight banished for good or just need to hit a short term target.

OK, now we have covered water weight, let’s look into what we can lose by simply cutting back on what we eat. Using the above formula, our dieter is still taking onboard 1000 calories. That alone is going to lead to a daily deficit of 1500 (still a considerable amount) which is enough to naturally drop five pounds over a fortnight. Many dieticians would advise against this over any longer than a few weeks at most, as it does pace extreme pressure on bodily organs, especially the kidneys.

So how do we cut our calorific intake by over 60% and yet remain as healthy as possible? The key is to identify foods that are as mineral rich and filling as possible. This means:

* Keeping sugar intake to at most 100g/day (less is better)

* Only using whole grains for carbohydrates and in limited quantities

* Drinking only water and plenty of it!

Most of us will have attempted less restrictive dieting before and experienced difficulty sticking to it. In a large part that is because of sugar and salt withdrawal so it’s a great idea to try and slowly taper down your intake of these foods before starting this fourteen-day project.

As this diet is going to incorporate a great amount of exercise which is directed towards enhancing muscles, it is important to eat a balanced proportion of foods. Aim for meals to incorporate around 50% leafy greens, and 25% each of protein and whole grain carbohydrates. You may find it easier to try and split your calories 40% for both breakfast and your evening meal while using very low-calorie foods to sustain you over the day, but of course, this is down to personal preferences. One thing everybody ought to try and keep is a diary of what and how much you have eaten. Try to avoid eating out as even menus that list calories are rarely accurate.

The focus on this diet plan is going to be muscle focused cardio, with the intention of preventing wastage that would otherwise occur due to such a low-calorie intake. It is no myth that the body prefers to burn muscle instead of fat when placed into a starvation mode, and in order for this diet to work best, we want to focus attention towards fat instead.

Realistically, you’ll need to be looking to perform at least two – probably three – high intensity sessions of cardio a day. Attempting this from scratch is highly unadvisable as there is a considerable chance of injury, but it should be theoretically possible for anyone who visits the gym or performs a similar exercise a couple of times a week.

So how much exercise should you be performing? Well, the answer is a great deal! Exactly how many calories you will burn over a given time depends on factors such as work rate, physical build, and of course time. Returning to our ongoing example case, someone of the average build will burn somewhere between 300-400 calories per half hour. So to reach that 2000 calories a day limit, three one hour sessions should be enough.

The difficulty, however, is ensuring you can maintain that intensity of exercise over two weeks. On even the healthiest restricted diet, that is still going to be an almighty challenge. But it is not impossible, especially if you are including water weight into your target. Reducing that goal by three pounds of water weight is still going to be hard work, but ought to be quite possible even for people not especially fit in the first place.

If budget allows, it may be a good idea to take on a personal trainer for a couple of weeks to keep you motivated and provide a second opinion on whether you are working hard enough to achieve your calorie burning target.

So how realistic is it really to lose 10 pounds over two weeks? As should be apparent from what we’ve looked at here, there is no reason why it cannot be done but there are a number of provisos. It certainly is not recommended for people ‘starting from scratch’ or who have any health problems. Likewise, whether or not you are going to factor in water weight loss makes a huge difference, especially as some people will drop half their target weight anyway making it obviously twice as ‘easy’ to achieve!

There are certainly ways to make losing 10 pounds over two weeks easier. It is something that can be seriously helped by gradually lowering your calorific intake over time. Suddenly dropping from 2500 calories to 1000 is going to be a shock, which is hardly what you need when setting out on a grueling training schedule! Likewise, perform some cardio for a few weeks beforehand and you’ll have a far better chance, especially if you combine different forms (swimming, gym, running, etc) to add some variety.

So, still interested in attempting to lose that amount of weight so quickly? Best of luck if so! 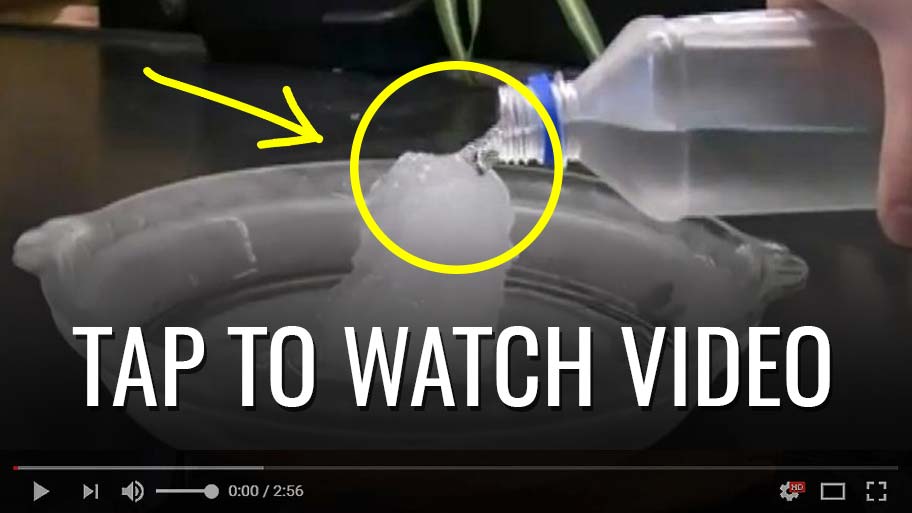